With Jackal desperate to strike on the Tower of London, MercSERV are sweetening the deal to keep the Mercs working throughout the holidays.

Weapon Skins and a load of free goodies should do the trick.

Blowing stuff up on the streets of London is hard work. A tough job. One that it’s not easy to look good doing.

Until now. Custom Weapon Skins put the ‘Glam’ in ‘Glamouflage.’ Grab one of three cases and treat yourself to a Weapon Card.

Merc Decks are a brand new feature, giving you full control of the weapon skins and Trinkets you equip for each Merc.

HOW DOES IT WORK?

Trinkets are also now equippable per Merc – helping to customise your loadout even more.

You can get additional Merc Deck Slots for in-game currency.

From December 7th to January 4th

The festive season is finally upon us and while most of us are wrapping up for the cold nights ahead, London’s Mercs still aren’t getting a Winter break!

MercServ are keeping our Mercenaries as busy as ever with new objectives in the Tower of London and beyond. Luckily for them, the pay is looking pretty good this holiday with a cash topup of Holiday Cheer.

Holiday Cheer For All

MercSERV don’t enjoy giving any time off, so are tempting your favourite band of killers to stick around with ‘Cheer’ pay – letting them grab a load of cool stuff throughout the Holidays.

Every time you earn or buy Cheer you’ll be helping your fellow players!
The more Cheer you get, the faster the Cheer tracker on the home screen will fill! Fill the bar up to unlock FREE rewards for everyone at intervals throughout the event.

EQUIP ALL THE THINGS!

With the introduction of Merc Decks, make sure to equip this brand-new range of sharp Holiday attire.

The CDA are being forced back through London; losing ground at several major strongholds.

Jackal’s next target? The Tower of London and the Core Controls inside; the next step in taking down the CDA’s Containment Shield.

Remember that case you’ve all been asking about? Well now it’s open, giving you all your first Weapon Card for free. So equip it and show off a little ‘Glamouflage’ on the battlefield.

Weapon Cards are a brand new system in Dirty Bomb, allowing you to change the weapon skin on your favourite Loadout Cards. There are three skin sets in this first iteration for purchase, but also some festive skins that you will unlock just through playing in the event. You can read a full breakdown of the Weapon Card system in this news post.

Merc Decks are another new system in Dirty Bomb, allowing far more customisation for your favourite Mercs than ever before. You select your Merc, apply your Loadout Card and then equip a brand new Weapon Skin. You can also equip a Trinket per Merc, meaning that each of the three Mercs you take into battle will be fully customised.

The MVP screen was one of our main additions in the Javelin update and we haven’t stopped working on it since its introduction. We feel that it is important that our players get their time in the spotlight, no matter how they contributed to the success of the team. We’ve changed how the MVP awards are calculated to ensure that the award distribution is fair and more reliable. However, this is just the first step. We will be constantly monitoring and adjusting the MVP system to provide a good user experience. Below are some of the bug fixes we have applied in this update.

Guardian is currently not where we want her to be, and we are looking to improve her over the next couple of updates. It is important to make her Bionic Pulse more reliable and her Sky Shield more attack focused. To do that we are planning on increasing the range of her passive ability and applying some fixes for her Bionic Pulse. Both changes should impact her status/quality massivly. However, in this update we want to apply some smaller balance changes that allow players to keep the shield up longer at the cost of the device’s health. We want to make sure that players don`t have to focus her Sky Shield for too long and can instead focus on general combat. 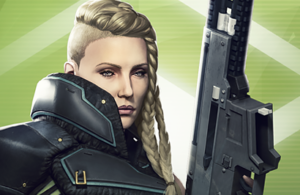 Javelin is still one of our main focuses for balancing to ensure she is ready for the next ranked season, but we felt we went slightly too far with the acceleration changes in the last update. Therefore we decided to take a step back and give her a bit more power again by speeding up the rocket’s acceleration. This change still ensures that players have more time to find cover or shoot down the rocket without making it too frustrating.

Every player has their own opinion of Proxy. Proxy players love her and her playstyle while others can get frustrated playing against her. With this change we have tried to satisfy the players that play against a Proxy without impacting her in the hands of skilled players. 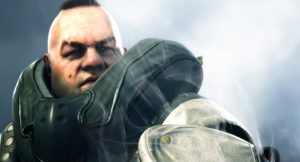 Rhino was weakened by some of the changes in the last update and we wanted to re-address his position in the game. This change focuses on keeping players shooting for longer.

We wanted to limit Sparks slightly in her damage output. This may look like a small change as it still allows her still to one-shot 120HP Mercs, but the difference is that she now has to fully charge her Revivr to do so.

Our goal is that all players have an equal chance of collecting enough XP no matter which Merc they play. Therefore we have decided to make some additional Experience Points changes after reviewing the current state of the game. On average Medics are collecting the most XP while Covert Ops and Soldiers are on the lower end. Guardian is an exception in this case because she still suffers from the low Experience Points gain that she has since her release. These changes should bring all of the Mercs closer together, but we will continue monitoring the changes.

We have tried to trim down the reload times on shotguns as much as we can, due to the amount of “down time” players have between shooting and reloading. To do this best, we have sped up the pump animation, which is the pump that takes place after loading to full capacity. This will cut off a significant amount of time when reloading to full capacity.

The Ahnuhld after its recent changes suffers from running low on ammunition relatively fast, compared to other shoguns, due to its faster fire-rate. More shots are required for a kill as well, because of its considerably lower damage overall. It has had its starting capacity increased slightly to give it a little more sustain-power.

Across the board players have reported that the FEL-IX felt worse to use following the balancing changes. We want to give this more time so that players learn to use newly balanced sniper rifles, before making further drastic changes. However, there are a few quality-of-life improvements to the FEL-IX, such as a slightly bigger magazine size and balanced fire-rate and reload timings. The timing of fire-interval and cocking the rifle has also been adjusted, to make timing the next shot feel more accurate and responsive.

Other Changes and Fixes